Punjab has long history of making use of energy from water. The water has been used to turn mills and since the beginning of the 20th Century, Hydro has been used to generate electricity. Hydro represent the established technology that can contribute to the world wide demand for an increasing level of power supply from renewable energy sources and generate power with no atmospheric emissions. In Punjab, small scale hydro power project provide economically attractive power generation options at many locations for a very wide range of applications.
In recent years micro/mini/small hydroelectric power schemes have received great deal of attention from many point of view, one, as a sizable and easily utilizable source of renewable energy and second, as a moderate investment method for providing electricity to under developed areas.   Electricity is most convenient form of energy, which is utilized for lighting, heating, and industrial production.  Generation of electricity through micro/mini/small hydroelectric schemes and its consumption does not pollute the environment and therefore can play important role for protection of the environment and in maintenance of ecological balance.  The incentives for micro/mini/small hydropower development projects have created interest in many prospective pubic utilities and private developers. Especially for private developer, micro/mini hydroelectric projects require in depth technological and financial guidance.  These schemes being very much site specific, have a wide range of variation in cost and financial returns.  Small, mini or micro hydroelectric schemes are one of the recognized renewable sources, which can provide electricity especially for the rural, remote areas as hilly terrain in our country in a cost-effective and environmentally benign manner.

Broadly speaking the canal network  on which low head mini hydel projects are installed / being installed is as under:

Sirhind Feeder and its distributaries of the canals 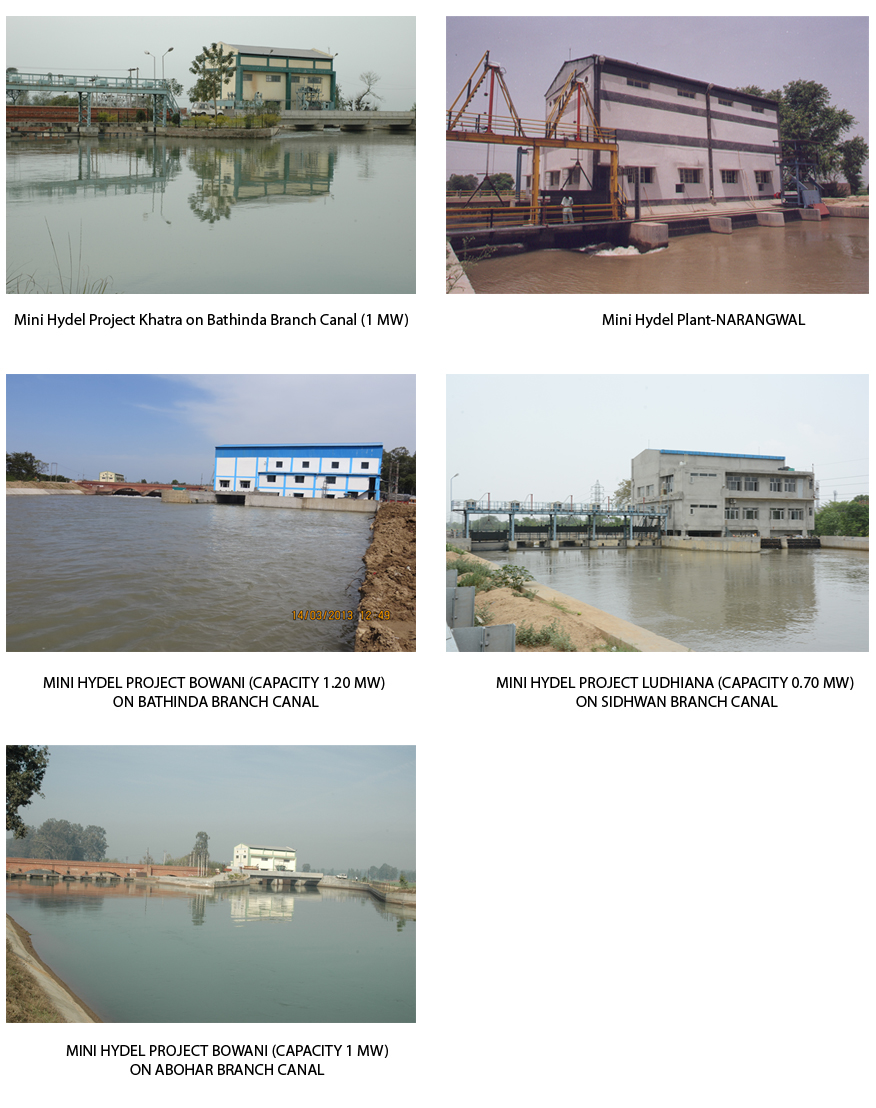