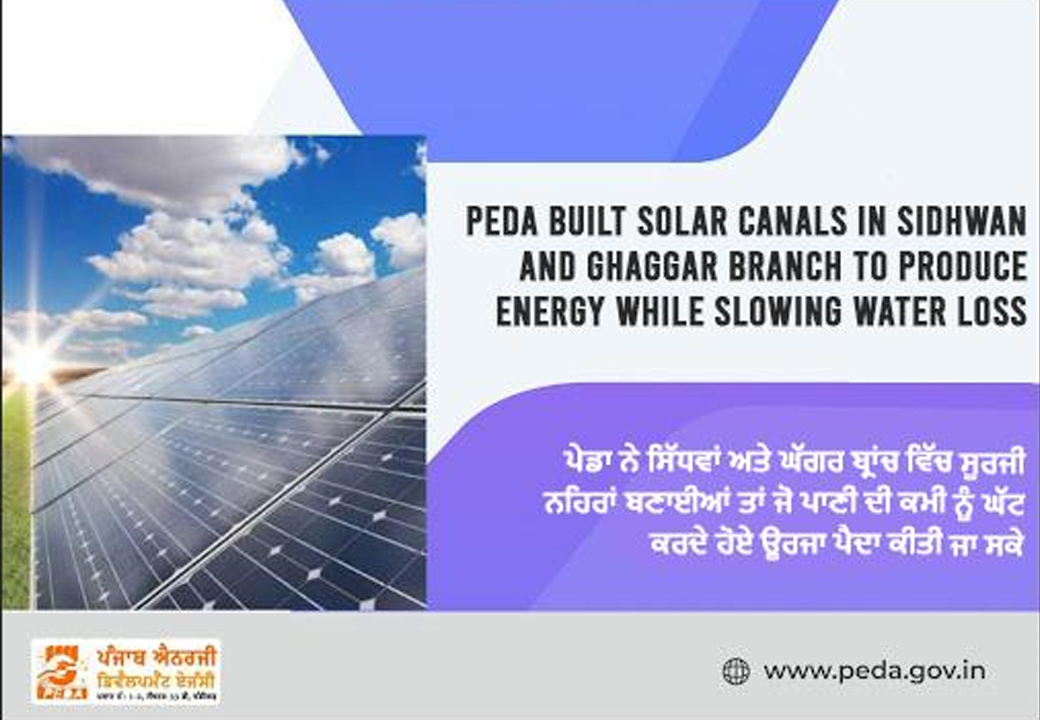 Everyone nowadays is talking about how India is building solar canals to produce energy while slowing water loss. But do you know how this will work? Here are the key highlights of this project.

As the brutal sun sets at noon in a small dusty town in Gujarat, western India, lines of blue solar panels on a steel support structure guide their direction toward the horizon. These panels cover the highest point of water system canals, glimmering like brilliant mirrors. This little town of 40 homes with covered dividers and tin rooftops, and blundering stray cows, was one of country India's numerous networks who, as of not long ago, didn't have power. In any case, presently a light lights each home so youngsters can learn around evening time, and farmers can drain their cows long after nightfall. Be that as it may, one of the primary difficulties in building solar farms is tracking down the opportune spot to do it. The land is somewhat costly in India and frequently has numerous proprietors, so the acquisition of land includes numerous customs. India's high populace thickness likewise squeezes the land, with a normal of 464 individuals for each square kilometre. Housetop solar panels are one arrangement, yet radiant space on structures are restricted as well. In Gujarat, the appropriate response has been to cover its canals with solar panels, as an answer that saves land, water and fossil fuel by-products in one. Now, let's discuss the key points of building solar canals:

1. An exploratory venture in India is joining sunlight based photovoltaic canals with a water system framework trying to save water while producing power.

2. A 1 MW cluster has been worked over almost a large portion of a mile of the Narmada Canal in the territory of Gujarat.

3. This initiative will not only just create power yet additionally monitor land and water, as per authorities of the state government.

4. The task is intended to show an effective utilization of land in an agrarian locale by putting solar panels over a stream as opposed to over fruitful ground.

5. It additionally ought to diminish the vanishing of the waterway by an expected 237,750 gallons of water every year.

6. The Gujarat State Electricity Corporation fostered the undertaking and employed U.S.based SunEdison to fabricate it.

This isn't the first occasion when somebody has considered putting solar panels over water to save space and protect scant water supplies. It is still somewhat remarkable, be that as it may. The Ministry of New & Renewable Energy (MNRE), Govt. of India, had sanctioned 100 MW capacity in the country. Out of which 20 MW capacity Pilot-cum-Demonstration Project for Development of Grid Connected Solar PV Power Plants on Canal Tops had been allotted to the State of Punjab vide sanction dated 3.12.2014. The State Government has implemented this programme of Canal Top Solar PV Projects for replication of Prime Minister's awarded Good Governance initiatives. 4 Projects having total capacity of 20 MW have been set up by Punjab Energy Development Agency under the NRSE Policy-2012 on Build, Operate & Own (BOO) basis through the private developers under the guidelines of MNRE,GOI, on the irrigation canals in District Patiala (2 projects), Ludhiana, and Sangrur.

The uniqueness of the Canal Top Solar PV Projects in the state of Punjab: 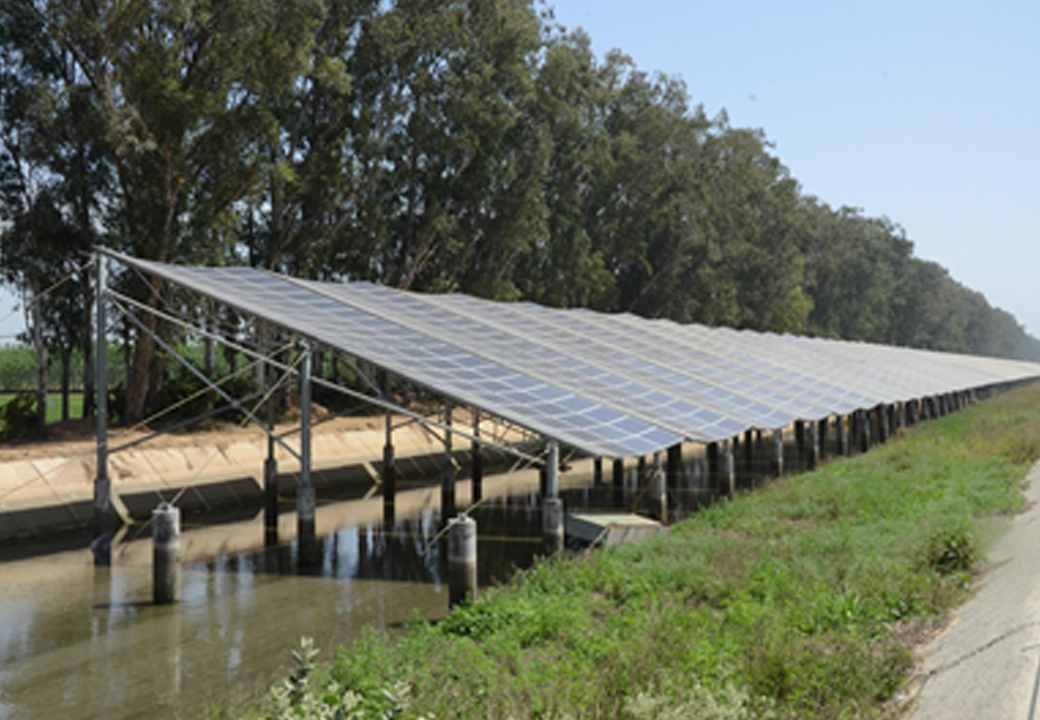 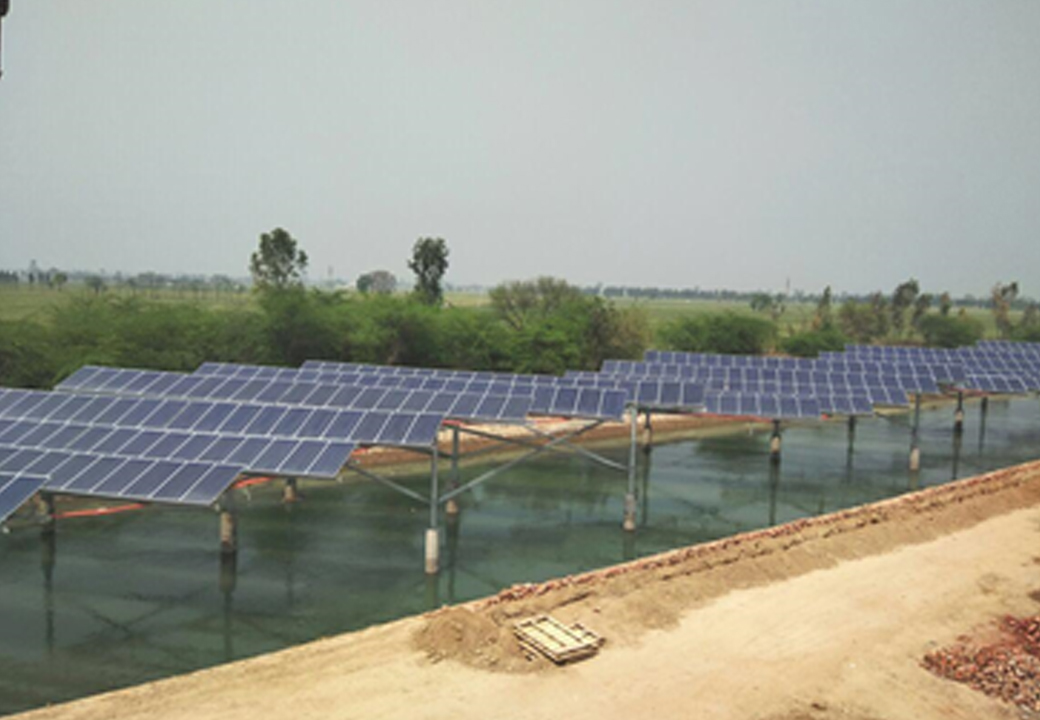 SPV Panels in the Canal 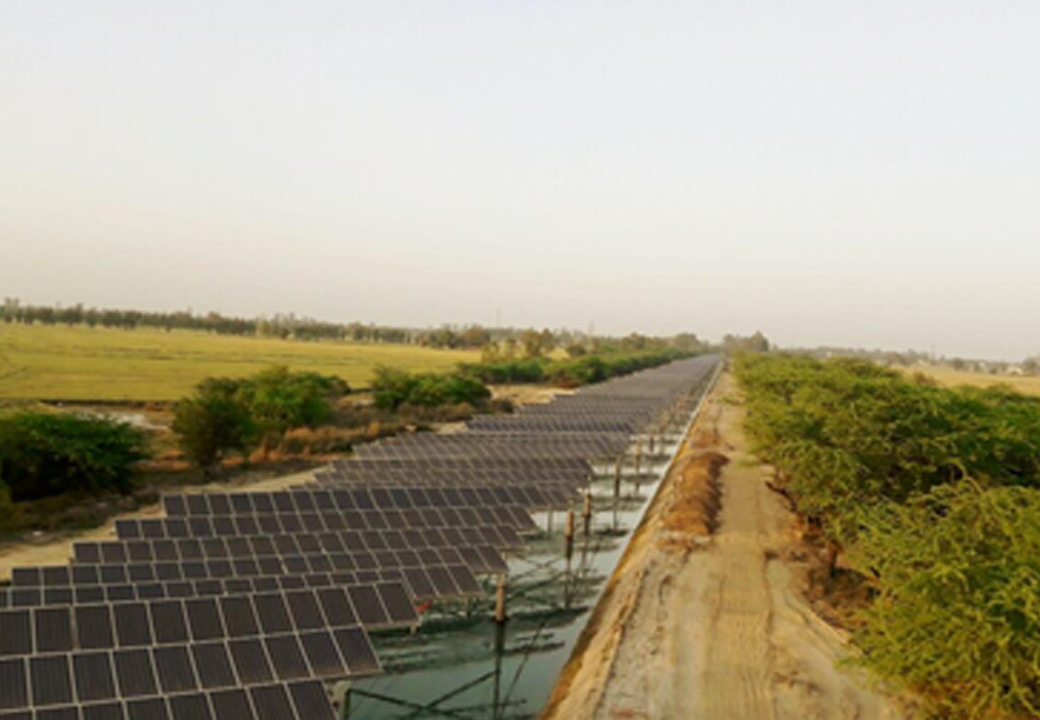 In this way, while slowing water loss, India is and will be successful in building solar canals to produce energy naturally which will be a great contribution for the upcoming generations.