Benefits of Solar Pump for Farmers 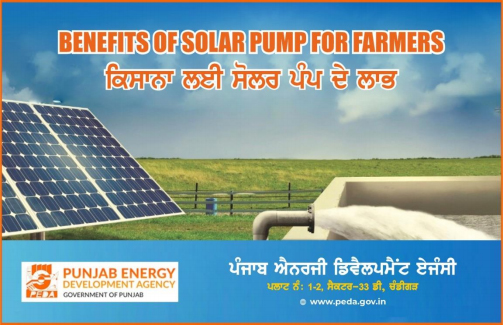 More than 300 million people in our country do not have access to electricity, which means the overall size of the entire population of the US. Increasing energy penetration has become an economic opportunity with companies providing off-grid or microgrid solutions.

These options help move rural customers away from burning relatively expensive fuels like kerosene and can provide basic energy services such as lighting and cell-phone charging, but they always provide enough electricity to meet economically productive needs. In India, more than 50% of the workforce is employed in agriculture, so there is a huge opportunity to provide more comprehensive electrification solutions to the needs of residential electricity, such as electric irrigation pumps.

Today, most Indian farmers usually depend on the monsoon to water the crops, however, irrigation can increase crop yields by up to four times. But irrigation requires energy. And currently, it is estimated that 26 million diesel and electric pumps run on Indian farms, making them the major technology offerings today. However, grid-connected pumps that rely on electricity face the same challenge as any other load connected to India's central grid: frequent outages. For farmers or labourers who require water during the day, the flow of electricity through the wires at midnight is not helpful.

Moreover, rainfed agriculture can be a high-risk undertaking, especially with changing rainfall patterns and high-value crops such as fruits and vegetables. According to the 2008 World Development Report, rainfed agriculture-fed crops are twice as productive, but many farmers do not have access to irrigation infrastructure, including moving water through nearby water sources and their fields Power to do is also included. Drip irrigation kits, with new economical photovoltaic panels and off-the-shelf, 12-volt pumps can be a cost-effective system for supplying water for irrigation. Solar-powered irrigation has the potential to dramatically increase income, especially for the most remote producers.

What are the benefits of Solar Water Pump?

Simple and Highly Reliable
Since there is less dependence on electricity and fuel, power cuts, low voltage, and singlephase problems such as solar water pumps do not affect the work. In remote areas with irregular power supplies, these pumps are much more reliable than conventional electric pumps.

Is Solar Energy Green And Sustainable? 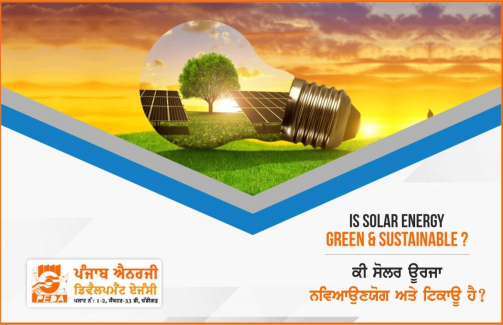 India is a fast-growing economy, comprising more than 100 million people and requiring large amounts of energy which is being fulfilled by the Government of India using various innovative and non-renewable resources. Our country is ranked fifth in the world in generating and consuming electricity. It is noteworthy that the production of electricity in India is escalating yearly whereas the fact cannot be denied that the population growth is increasingly high as compared to the past few decades.

What is Solar energy?
In general language, solar energy refers to the energy received from the sun. When energy is generated by collecting the sun's rays at a point, these processes are called solar power generation. Solar energy, in simple words, means to convert the sun rays into electricity directly, either by Concentrated Solar Thermal systems (CSP) or PV [Photovoltaic]. Indirectly, PCSP uses lenses or mirrors and trekking devices to generate solar energy and a very large portion of sunlight is collected on a small beam. This is how the Solar power plants work.

India is a tropical country, one of the many benefits of which we also get in the form of sunlight. Being a tropical country, we receive solar radiation throughout the year, including about 3000 hours of sunlight, which is equivalent to 5000 trillion kWh. Nearly all areas of India are equal to 4 - 7 kWh per square meter, which corresponds to 2300 - 3200 hours of sunlight per year. Since the majority of the Indian population lives in rural areas, there are many uses of solar energy.

The use of wood will be decreased in domestic work, if people start using solar energy. The air pollution will also be ceased. There are huge workspaces available for generating solar energy in India because the landmass of India is at a place where sunlight reaches in sufficient quantity. Every year, an excessive amount of sunlight reaches the Earth's surface whereas, more than double the amount of uranium produced by Earth on non-renewable substances, such as coal, oil, natural gas, and other mining, is consumed and wasted, annually. Solar energy technology: Solar energy is an advanced technology using the use of solar radiation and the heat of the sun. It has other kinds including solar radiation, solar heating, artificial photosynthesis, etc.

Importance of Solar Energy
53% of the electricity produced in the country is from coal and it is estimated that by the year 2040 - 2050 it will also be finished. More than 72% of India's population lives in villages, and half of them live without electricity. Now India has come to such a situation that we can now take steps for the maximum production of energy, in the field of conservation of energy, for its renewal and rescue. The use of solar energy is the best way to meet this demand so that we can reconcile energy demand and supply.

olar energy is a never-ending resource and is the best replacement for non-renewable resources.

Solar energy is also beneficial for the environment. When it is used, it does not release carbon dioxide and other harmful gases into the atmosphere, so the atmosphere is not polluted.

Solar energy is used for many purposes, such as heating, drying, cooking food and electricity, etc. Solar energy is suitable for use in cars, aeroplanes, large boats, satellites, calculators, and other devices.

Since solar energy is a non-renewable energy resource. Therefore, in countries like India where the production of energy is expensive, these resources are the best option there.

We can install Solar power equipment anywhere. They can even be installed at home, as they are cheaper as compared to other energy resources.